My Redskins lost to the Eagles. What a miserable way to start the season. Don’t really need to give you any specific details but we basically blew a 17-0 lead and ended up losing 27-32. Philly scored 25 unanswered points. It was pure misery watching the lead dissipate. Once we had the lead, we needed to control the clock, run the ball consistently, feed the Eagles a steady diet of Derrius Guice and Christ Thompson and wear their defense down, but we did no such thing. It was the other way around—our offense couldn’t stay on the field long enough to give our defense a breather, and we allowed Darren Sproles and Desean Jackson to look like elite players in their prime (which they are not). 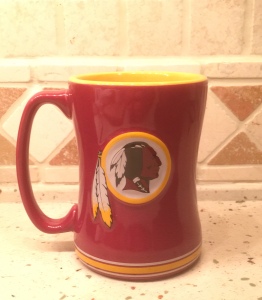 Adrian Peterson was a healthy scratch from the game. He needs to be active and play next week for us to have a chance to beat Dallas on week 2. But all in all, I saw flashes of great things ahead for our very young team. The offensive line played relatively well, Case Keenum had ZERO turnovers, no interceptions (this is huge!!). It’s obvious to me from what I saw that our young wide receivers will be special very soon. Our defense needs to stay healthy, there are tons of talented pieces in place.

The rest of the league had an exciting opening week:

Cowboys 35-NY Giants 17: Eli looked good, and Barkley is their best player. But the Giants are a bad team, and the Cowboys are overrated. Eli needs to leave NY and go play for a contender next season.

Titans 43-Browns 13: Marcus Mariota and company spoiled Baker Mayfield’s coming out party, and all the hype surrounding them.

Ravens 59-Dolphins 10: Lamar Jackson is legit, oh and by the way, RGIII played and scored a touchdown. The Dolphins seem to be playing for the #1 pick in next year’s NFL draft.

Falcons 12-Vikings 28: Kirk Cousins had a solid start of the season. They should be favorites to win the division. The Falcons had nothing on offense or defense.

Rams 30-Panthers 27:  Sean McVay and company picked up right from where they left off last season. Christian McCaffrey looks to be in excellent football shape. If Cam stays healthy, the combination of these two dynamic players will be something special.

Chiefs 40-Jaguars 26: The jaguars were playing a good game and were competitive until Nick Foles broke his collarbone and there goes the Jaguars season…Tyreek Hill also got hurt.

49ers 31-Buccaneers 17: Kyle Shanahan and John Lynch are building a playoff team, and I can already see the improvement over last year’s team. The buccaneers are a work in progress, Jameis Winston struggled.

Steelers 3-Patriots 33: Are the patriots that good? Or, Are the Steelers that bad? My guess is the latter. They had nothing to offer defensively, and their offense seemed uninspired. I can’t stand the Patriots. Once Antonio Brown gets inserted into the team, I predict disaster by mid-season.

Lions 27-Cardinals 27: These two teams are mediocre, to say the least. Kyler Murray showed up in the fourth quarter and made things interesting.

Bengals 20-Seahawks 21: Andy Dalton had one of his best career games, but one big play from Russell Wilson in the 4th quarter put the game away for the Seahawks. We’ll see how things play out week to week for these two teams.

Colts 21-Chargers 30: No Andrew Luck, so I don’t expect much from the Colts. Phillip Rivers has a lot of weapons to make life difficult for their opponents this season.

Packers 10-Bears 3: The Packers seem to finally have found a solid defense. Former Redskin Preston Smith looked great in his new team. The Bears don’t seem to have an offense, but their defense should keep them in close games.

Texans 28- Saints 30: This was a great game, a real nail bitter. These two should be playoff teams.

Broncos 16-Raiders 24: Jon Gruden is building something special. They will be contenders sooner than most people think. Flacco’s receivers dropped a bunch of balls, including a potential touchdown in the endzone. Broncos are an enigma, we’ll see what kind of team shows up next week.