First of all, I’m a huge music fan and an obsessive collector of classic rock LP records, so needless to say, I really, really liked this movie. This is pretty much a conventional, standard biopic, and you can definitely pull apart many inconsistencies in the timeline, as well as in the storyline, and a few other things here and there. But this movie succeeds where other similar biopics fail. 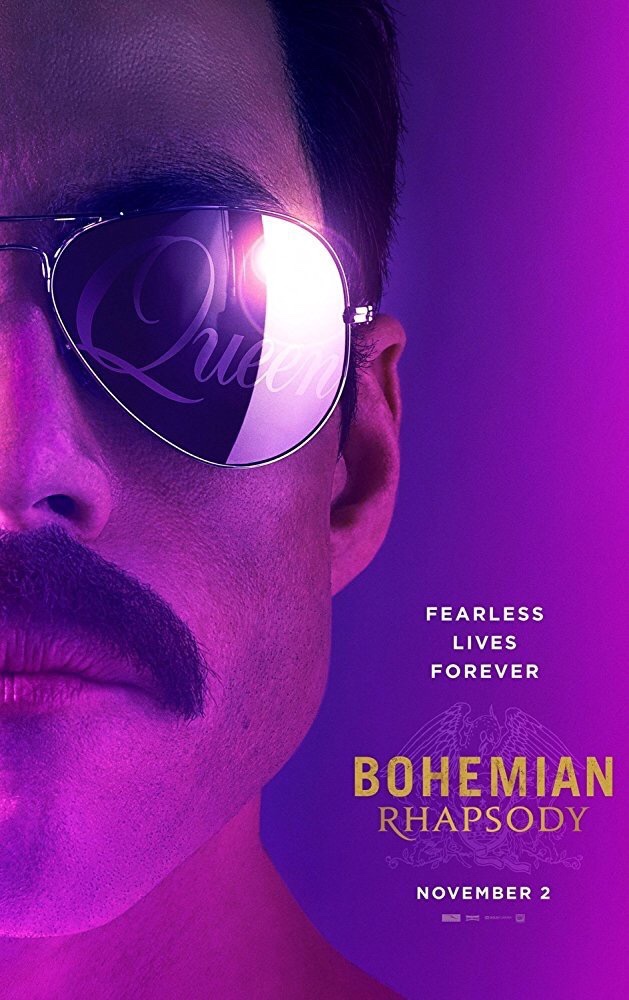 The parts I liked:

If you are a Queen fan, you will notice inconsistencies and exaggerations throughout the entire movie. Still, the real star of Bohemian Rhapsody is the actual music. I would go as far as to say that it feels basically like a “behind the music” episode on steroids. Although the storyline feels somewhat superficial, the movie still manages to be highly enjoyable. I was very impressed by the subtle sleight of hand innuendos the director used in certain scenes while alluding to Freddie Mercury’s sexuality; it was all done in a visual manner, which I assume was done at the request of the surviving bandmates.

Rami Malek’s performance was superb. Regardless of the inconsistencies and many holes in the storyline, Malek’s acting was mesmerizing. Mike Meyer’s cameo was uniquely special, particularly by the strong connection Wayne’s World (1992) has with Queen and Bohemian Rhapsody.  The Live Aid performance was the highlight of this film; even casual Queen fans or even non-fans would appreciate the awesomeness of that concert.

The Parts I wanted to see:

Right after Live Aid, Queen went into the recording studio to make the album; “A Kind of Magic” (1986),  which was also the unofficial soundtrack to the cult classic film Highlander (One of my favorite movies from the ’80s), and I wanted to see them making that album. I think it would’ve been cool to see the bandmates getting back together to create new music, as we see Mercury’s health beginning to deteriorate.

Mercury’s early years and initiation into music were also ignored. I wanted to see a little more of that, primarily since he was known for being a very gifted piano player. I also wanted to see a bit more of Freddie Mercury’s last days in this world and how he coped with AIDS towards the end of his life.

In conclusion: This is a highly entertaining movie, where the music takes center stage. Just watch it, and l guarantee you’ll enjoy it as much as I did.